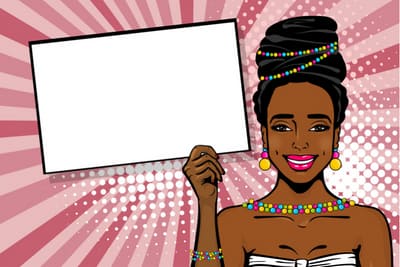 I lay in bed, eyes glued to the television. I didn’t care that it was 2:47 am, that the house was quiet and I should’ve been sleeping. None of that mattered. The exercise infomercials grabbed my attention and wouldn’t let go. Many a night in my late teen and early twenties, I’d stay up gorging on these programs. You know the ones; they’re a mix of cheesy marketing slogans (“But wait, there’s more!”), smothered with heaps of before and after stories and images. (“Before, I was fat. But look at me now!”)

There’s nothing more inspiring than a story of transformation. The more drastic, the better.

Or is that true? 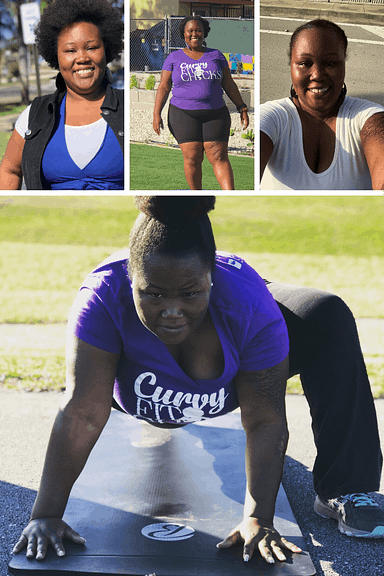 Meet Code Breaker Trynette Lariba, nurse, and founder of Curvy Fit Chicks, which is dedicated to serving aspiring and active curvy athletes. Lariba chooses NOT to use before and after pictures in her branding. This goes against the grain of the entire fitness industry.

I already had an idea why she chooses not to. But I wanted to hear her story, so I asked her about it. Her response:

“Before and after pictures reduce people’s fitness stories to only physical appearance. They limit the mind to thinking the end goal of exercise is skinniness, as if that’s the most important reason to get fit and active.”

For some, working out is purely about looking a certain way. But those people aren’t Trynette’s target audience. That audience can be served by the 12393948487 other fitness brands that fit their needs. And Trynette has nothing against other brands that feature before and after pictures, that’s just not what her brand is about.

She’s actively building a community of people who want to move their bodies. Women who are curvy and don’t want to be skinny. They’re proud of their bodies just as they are, but they do want to be active. Her audience isn’t driven to ‘build a six-pack in 60 days or ‘get lean arms in a month’. Instead, her community focuses on working their bodies, shaking stuff up, and pushing themselves to where they thought they could never go. None of those can be idealized in a before and after picture.

See, the fascination with before and after imaging and the overall story arc has become ingrained in our psyche.

We live our lives searching to write ourselves into the perfect radical transformation story:

I was fat. Then I got thin.

I was poor. Then I became rich.

I was a terrible eater. Then I became a conscious eater.

I was lazy. Then I became productive.

As a society, we’ve become drunk on these stories. And it’s not to say they aren’t inspiring. Sometimes. But I’d like to shine a light on the worthiness of all of us, outside of these stories. Because each of us is so much more. In your personal and business life, I encourage you to think beyond these stories.

The danger of hyper focusing on before and after

In our daily lives, we’re often consumed with redoing our life, our body, our image. Improvement is one thing, obsessive makeover-chasing is another.

This makes it hard to be fully in the present when we’re constantly seeking some destination, some way of being that’s better than our current one.

Here’s a radical thought. There’s nothing wrong with you now. As you are.

Yes, you want to change some things. But what if you thought of changes as enhancements, rather than total makeovers?

Because the person you are right now is good enough.

The limitations of this phenomenon in our business

These stories have a place. And if you have a story of transformation, certainly share it. But what we see most often is people trying to create these stories to use as their bio, who they are. It becomes the sum total of their ‘About’. But these stories aren’t who you are. They’re only a tiny fraction.

You are so much more than a before and after story, in your personal life and in your business. Why limit yourself?

When you speak and write about your experiences, remember to give credence beyond a before and after story. Actually, you may not even have one of those stories. Don’t try to make one up to fit the mold. Focus on the other aspects of your life and business that feed into your work and give validation for what you do.

As a business owner, you’re not just selling things. You have the unique opportunity to be a change-maker, an inspirer, a problem solver. And you do this because you have years of validating experience even beyond a transformation story.

And when we only focus on a transformation story, we belittle our readers. We assume that the only thing they’ll respond to and relate with is a before and after narrative. But, just like you, your specific readers have full, complex lives, dreams, wants, and needs beyond dramatic salable transformation stories. They can relate to a lot more than just that narrative. So don’t limit yourself when writing about your experiences and your body of work. 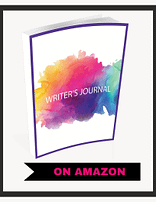 Plan, reflect, and stay on track with your writing projects and motivation.

Get your Writer’s Journal

Your life and your business is not a formulaic script. It’s much more than that.

I encourage you to keep this in mind when writing about yourself ( on your About page, Bio, in blog posts, guest articles, etc.).

Have the courage to bring the fullness of who you are to the mic, not just a story of past ‘brokenness’ that has been ‘fixed’. Because the truth is even if you did go through a transformation, the person that made it through was there all along, way before the actual transformation happened. That person, that ‘before’ individual wasn’t unworthy, broken, or insignificant. They were experiencing life. And so they deserve just as much credit as the ‘after’ character.

7 Things You Must Include in Your About Page

Filed under: blogging tips, breaking the code, code breakers, copywriting for bloggers
Share Tweet Pin G Plus Email
read the previous article: A common email opt-in technique to avoid
read the next article: What you should know about urgency marketing

This website uses cookies to improve your experience while you navigate through the website. Out of these cookies, the cookies that are categorized as necessary are stored on your browser as they are essential for the working of basic functionalities of the website. We also use third-party cookies that help us analyze and understand how you use this website. These cookies will be stored in your browser only with your consent. You also have the option to opt-out of these cookies. But opting out of some of these cookies may have an effect on your browsing experience.
Necessary Always Enabled
Necessary cookies are absolutely essential for the website to function properly. This category only includes cookies that ensures basic functionalities and security features of the website. These cookies do not store any personal information.
Non-necessary
Any cookies that may not be particularly necessary for the website to function and is used specifically to collect user personal data via analytics, ads, other embedded contents are termed as non-necessary cookies. It is mandatory to procure user consent prior to running these cookies on your website.
SAVE & ACCEPT
Skip to content