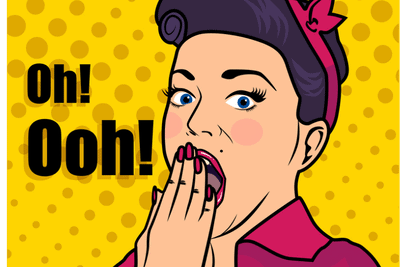 What’s the real reason you haven’t written the book you’ve dreamed about for so long?

It’s not lack of motivation. Over the years you’ve internalized enough solid motives to get your book written.

It’s not a lack of time. If I ask you what’s happening on Scandal or House of Cards or 13 Reasons Why or whatever your TV shows are I’m sure you’ll be able to fill me in. (No judgment here. We all have our vices.) The point is….you have time.

It’s not that you don’t know where to start. There are enough outlining tips, getting started blogs, podcasts, and books you can use for guidance.

Fear disguises itself as the obstacle (lack of time, discipline, motivation, inspiration, etc)

I’m guessing you can relate to some of these thoughts:

I’m not a writer

What if I don’t finish?

What if no one reads it?

What if people hate it?

What if I start writing and then run out of ideas?

What if people think I’m an idiot or fraud or illiterate or…?

But my Journalism/English Literature/XYZ teacher once told me writing isn’t my forte. At the time, I believed her. I still believe her.

When I try to write, I feel stupid

When I published that last article, nobody commented. Maybe that’ll happen with my book, except they won’t even buy it.

When I tell my loved one/friends/family that I’m writing a book, they laugh. Loudly

And you want to know something?

I can refute every single one of those doubts. And most importantly, so can you.

Let’s demolish most of them right now:

*There’s someone, somewhere, right now searching for a book just like the one you want to write. Except they won’t find it. Why not? Because you haven’t written it yet.

*You will face rejection and criticism. It’s inevitable. But guess what? You’ll live. I’m yet to hear of someone who died from being criticized.

*You don’t need to write a best-seller. In fact, you can write a cheesy book or one that you would make your mom cringe or a book about something so fun, but taboo and off-the-wall (if you’re into that type of thing). That’s why there are pen names. Choose one (I’ve done this twice, and the anonymity is so much fun).

*You can even write a book and never publish publicly, just share it with your loved ones, and use it as a stepping stone and for building confidence to write your next, which will be longer or more ‘professional’.

*Don’t be intimidated by size. Unless you have an agency book deal looming, you can write a short book with just enough in it to inspire/inform/entertain. I’ve done that, too, and it’s so rewarding.

I’m not telling you what to write, I just want to tear down the false notion that there is some out of reach, War and Peace type standard to writing your book. If you’re holding yourself up to standards like that, you’ll never measure up. Ever!

And who knows? Once you start writing, you might end up with a masterpiece. Or not. But you’ll never know unless you write.

“If we had to say what writing is, we would have to define it essentially as an act of courage.” Cynthia Ozick

To write consistently, deeply, you need to build writing courage. I say this over and over: writing courage is built one word, sentence, paragraph, page…at a time.

The more you write, the more confident you’ll be in your writing. There’s no other way.

If you have an unfinished manuscript buried in a filing cabinet, dig it up and flesh it out.

Got an idea for a book that’s been rolling around your head for years, time to start your research and outline. You don’t need to do anything else before you start.

One word. And then the next…

Filed under: breaking the code, write publish a book, writing encouragement inspiration
Share Tweet Pin G Plus Email
read the previous article: How to be a confident writer
read the next article: Do this when you’re feeling overwhelmed and unmotivated

This website uses cookies to improve your experience while you navigate through the website. Out of these cookies, the cookies that are categorized as necessary are stored on your browser as they are essential for the working of basic functionalities of the website. We also use third-party cookies that help us analyze and understand how you use this website. These cookies will be stored in your browser only with your consent. You also have the option to opt-out of these cookies. But opting out of some of these cookies may have an effect on your browsing experience.
Necessary Always Enabled
Necessary cookies are absolutely essential for the website to function properly. This category only includes cookies that ensures basic functionalities and security features of the website. These cookies do not store any personal information.
Non-necessary
Any cookies that may not be particularly necessary for the website to function and is used specifically to collect user personal data via analytics, ads, other embedded contents are termed as non-necessary cookies. It is mandatory to procure user consent prior to running these cookies on your website.
SAVE & ACCEPT
Skip to content