Everywhere you turn, people emphasize that building a large email list is a fundamental part of selling online.

‘The more subscribers you have, the more money you’ll make.’

That’s just some of the buzz around list building.

So, in response to the buzz, what do people do? They create an email opt-in freebie (a ‘free’ offer people get when they sign up to an email list). After creating the freebie, they put links to it everywhere on their site and hustle hard to get subscribers.

The average email open rate is 21.33%, and the average click-through rate is 2.62%. –Mailchimp Analysis Report

That means that when someone sends an email to their list, on average, only 21% will open the email, and a mere 2% click links within the email.

I won’t argue with those statistics. They clearly show that most businesses online need to grow large lists to get any engagement. And the buzz around building a large list supports that. It also supports the idea that an email newsletter is an excellent way to stay in touch with your audience. I agree with this, also. Especially because an email list is yours, whereas a list of fans/followers on a social media platform is subject to the rules, algorithm changes, and possible hacking of that platform.

For most coaches, trainers, and other creatives, the approach of building a large profitable email list just doesn’t work. They never find a sustainable way to build a big enough list to get to the profit land. They’re caught in the game of chasing numbers, doing everything they can to increase their subscriber list to make it profitable.

The reasons why it doesn’t work for most:

*It takes too long to build a profitable list following the mainstream advice.

*It’s exhausting trying to #beeverywhere + #doeverything to gain the attention to build this massive list.

*The very few who do manage to build huge lists still have problems converting the ‘numbers’ into profit.

I’ve known people with bloated email lists of tens of thousands who are struggling to sell their offers. They’ve tried every copywriting hack and marketing tactic, and still, their offers won’t move. And, on the contrary, I’ve known solopreneurs (like myself) with tiny lists (<1000 is considered tiny), who earn a full-time income.

If you’ve been on the ‘build-a-list’ (not so) merry-go-round, and it hasn’t worked for you, take a step back.

Don’t beat yourself up. You’ve tried a lot. I know this, because…

I’ve been there, too.

A way that actually works for you, builds your business and doesn’t make you want to give up this whole ‘online’ thing and go buy a farm near the mountains of Tanzania (I’ve considered this. Multiple times).

“Selling to people who actually want to hear from you is more effective than interrupting strangers who don’t.” -Seth Godin

The best way is to create content that fosters connection with your ideal readers, the ones who are the best fit for your offers.

When people feel connected to you beyond wanting a freebie (which they’ll probably never get around to opening, anyway), when they hold a shared vision and shared values with you, they’ll engage.

Your conversions won’t be average.

They’ll be way above.

This is what happens when you’ve built connection and resonance through sharing your body of work.

Resonance happens when someone reads your message (on your site or social media) and they feel intrigued. They read a bit more. And the more they poke around on your site or with your social media or books or podcast, the more they resonate with your message. Even more so if they get to have a real conversation with you (via email, for example). This is how authentic connection happens.

When you communicate your core message clearly, and you do so repeatedly, you’ll resonate with some people. Your people. The ones who’re the best fit for your offers. You’d be surprised, but contrary to the popular ideas about having a ‘massive impact’, you don’t necessarily need a massive number of people to be profitable. Maybe you don’t even want a massive number of people. You just want your people.

Do you throw away the freebie opt-in concept entirely? Not necessarily.

First, wrap your mind around the most important concept of mindful marketing: intent.

What is your intention?

“What is my intent?”

Where online sharing often goes wrong is the creator’s intent is to get more people onto their list. So they create a persuasive freebie and make it super easy for people to sign up to their list.

But most of the people who do sign up for this ‘convert’ at a lower rate, anyway. Beyond signing up for the freebie, they don’t engage with you any further. They rarely open your emails, if at all. And they certainly rarely click links, read sales pages, and buy. (Side note: I don’t love the word conversion, but let’s keep it simple today.)

So, how do you get those higher-connection-conversion-people?

The key is providing value and having real conversations with the people in your community. Depending on how much time you have available, here are a few ideas:

*Create high-value content, where you invite people to engage (by commenting or emailing you, for example. Make it a two-way conversation).

*Have 1-on-1 conversations with audience members on Zoom or Skype. Find creative ways for a number of people in your community to sign up and have a real conversation with you. On the calls, you may even invite them to purchase one of your offers. Or maybe you don’t. Maybe you just provide value. Either way, many of those people will likely become your ambassadors, sharing your stuff with others and engaging with your social media and offers at some point.

A brilliant example of this is Steve Roller of CafeWriter. Years ago, when Steve was starting out as a copywriter, he offered a glut of free calls to potential clients and people in his network. Through the experience, he built trust, expanded his network, made long-term connections, and, of course, some sales. To this day, Steve recounts how having such a large number of one-on-one calls was one of the keys to him building his business.

*Host group sessions (Facebook lives, virtual co-working, Question and Answer group calls). These are great ways to interact with your audience and build a connection.

Whatever you choose to do, be consistent.

Provide a ton of value.

Use your unique voice to share content that helps your audience think or feel or behave differently than when they landed on your platform.

When you do this consistently, you will connect with your audience, and, as a side-effect, you’ll notice that your list will build, too.

Without a large advertising budget or friends with large lists who’ll share your offers, building connection is the best strategy for you to focus your energy.

As a bonus, it feels way better than chasing numbers of subscribers. 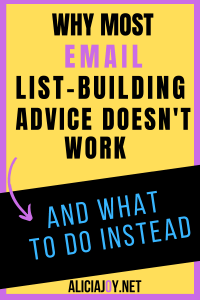 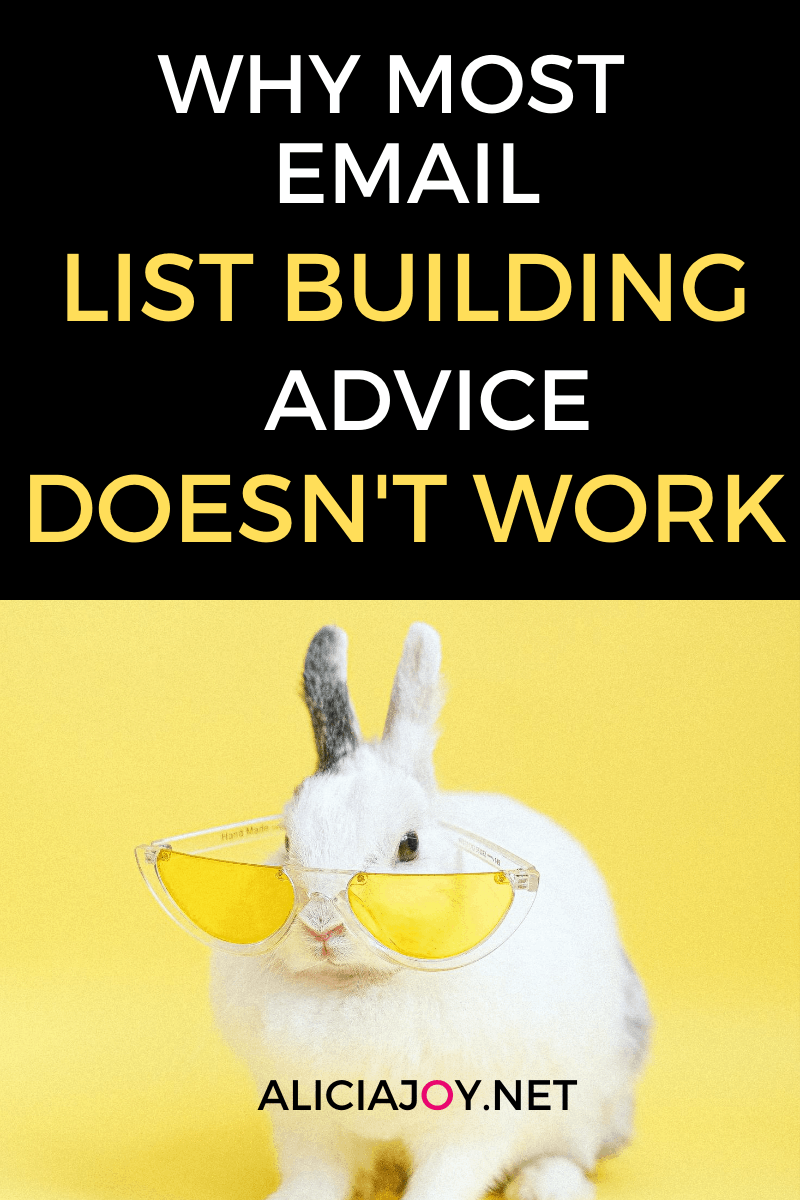 previous article: How to Stay Consistent with Content Creation
next article: Are You Uncomfortable Doing Social Media Marketing? 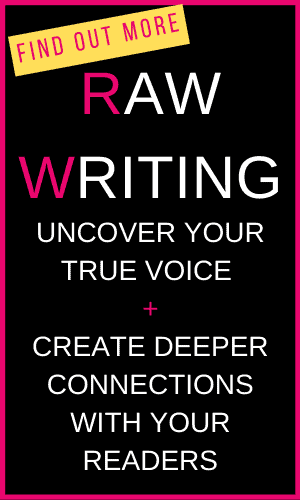 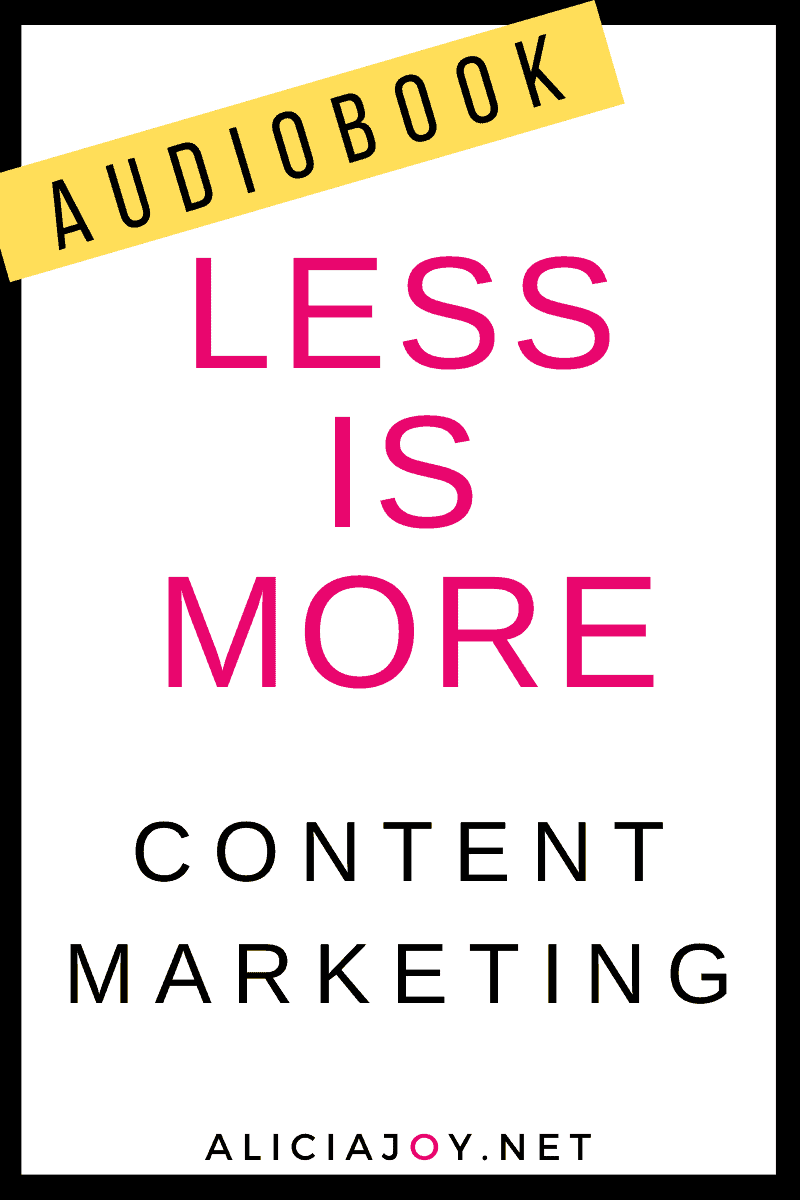 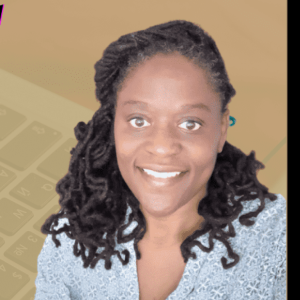 Hi. I’m Alicia-Joy Pierre. I'm a writer. Also, I help people write the stories they yearn to put on paper (and the web).

We've all lived complex lives filled with tales of tragedies, triumphs, and too many tacos (is there such a thing?) They're all stories worth telling. Not necessarily to be on a best-seller list but to share a glimpse of a life lived, and to perhaps provide even a tiny light for someone else searching for something, someone familiar.

These are the stories lying dormant, smoldering deep within your bones, waiting to be awoken and released. I help set them free.

This website uses cookies to improve your experience while you navigate through the website. Out of these cookies, the cookies that are categorized as necessary are stored on your browser as they are essential for the working of basic functionalities of the website. We also use third-party cookies that help us analyze and understand how you use this website. These cookies will be stored in your browser only with your consent. You also have the option to opt-out of these cookies. But opting out of some of these cookies may have an effect on your browsing experience.
Necessary Always Enabled
Necessary cookies are absolutely essential for the website to function properly. This category only includes cookies that ensures basic functionalities and security features of the website. These cookies do not store any personal information.
Non-necessary
Any cookies that may not be particularly necessary for the website to function and is used specifically to collect user personal data via analytics, ads, other embedded contents are termed as non-necessary cookies. It is mandatory to procure user consent prior to running these cookies on your website.
SAVE & ACCEPT